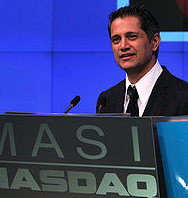 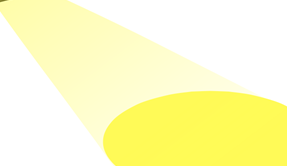 "Many companies are exploiting the system to exclude competition. Competition and innovation [are], therefore, stifled. Prices are kept artificially high. Patient care is being harmed. Today it is the best pulse oximetry, the best pacemaker, the best safety needle, but tomorrow, it could be the best cancer treating medication that is kept out." [Emphasis added]

* * * * *
​
Over the past 15 years, countless government officials, medical practitioners, academics and consultants, hospital executives, entrepreneurs and even former hospital group purchasing organization executives have spoken out publicly against the pernicious GPO "pay-to-play" system. Comments of a representative sample of them appear below.

​But nothing has changed because of the enormous political and financial clout of the GPO lobby. That's why we now face unprecedented shortages of life-saving generic drugs.

Sen. Blumenthal: “Let me also ask you about group purchasing organizations. As you know, GPOs were designed to keep costs down. But     recent research has concluded that in fact they're a contributing factors to rising hospital costs, medication shortages, and stifling introduction of    innovative products from smaller companies. What is the FTC doing to address behaviors like exclusionary and sole-source contracting in GPOs and the medical device industry?

Mr. Simons: “I can’t talk specifically about any non-public investigations but these are things that we look at very regularly, I mean, yes.”

Sen. Blumenthal: “Are you looking at them now?”

Mr. Delrahim: “On that point if I could at the risk of interfering, is that some of the competition issues raised in that industry is [sic]  due to Congress in 1997 [sic*] provided an exemption from the Medicare anti-kickback statute, and that exemption has been kicked in, it’s a mile long, and it’s created a situation where some of these GPOs are buying exclusivity at the risk of innovation, at the risk of cost and at the risk of lives of patients.”

*Note: Mr. Delrahim misstated year safe harbor legislation was enacted. It was 1987, NOT 1997.

"Black markets, FDA behavior, and changes in Medicare Part B are not the culprits behind drug shortages. Other explanations—including the role of group purchasing organizations, as suggested by Kantarjian, and the rapid growth of the generic injectable market, as suggested by our previous research—may be more plausible causes of this serious problem."

Letter to the Editor, Journal of Oncology Practice, December 23, 2014, [in response to article  by Hagop Kantarjian MD]

"Experts have cited the anticompetitive, exclusionary contracts between GPOs and generic drug manufacturers, coupled with excessive administrative, advance, marketing and other fees, as the reason that manufacturers have little incentive to produce those drugs. The fees drive down the manufacturers' profits to such an extent that continuing to produce the drug or piece of equipment becomes unfeasible...Unfortunately, it is not clear from available evidence that this payment scheme results either in savings to the hospitals or benefits for the patient."

Letter to Acting Comptroller General of the United States requesting a GovernmentAccountability Office investigation into the role of GPOs in causing the  shortages, November 15, 2012

Page 47
Mr. Shimkus (R-IL). "What has distorted the fundamental principle of supply and demand...I think that is the heart of this issue.

Mr. Koh. "...First of all, these agreements are made often through these long-term contracts and so also this whole process involves multiple stakeholders, especially and including the pharmacy benefit managers and the group purchasing organizations. So it complicates this environment and sort of does not make relevant the sort of standard supply and de0mand economic principles that we see in other businesses.

Mr. Koh. Yes, Congressman, so we have come to understand that this is a complex business situation where the standard economic principles of supply and demand do not easily apply. And we have manufacturers, we have purchasers, providers, hospitals, we have group purchasing organizations and pharmacy benefit managers, so we have multiple forces here all working to the final outcome that ordinarily you would see with a rise in pricing profit, but that doesn’t apply here."

Senator Mike DeWine (R-OH), chairman, Senate Antitrust Subcommittee, and Senator Herb Kohl (D-WI) ranking member
​
"…the savings figures that GPOs frequently cite as benchmarks to demonstrate savings are based on a manufacturer's list price that hospitals rarely, if ever, pay."

Letter to Secretary of Defense Donald Rumsfeld cautioning him on DOD plan to use hospital group purchasing organizations to purchase healthcare supplies for the military, May 2, 2003.

Commenting on a $1 million "special" payment" Becton Dickinson made to Novation, then the largest group purchasing organization, Mr. Sheehan said that he had "serious questions" about whether such payments were legal under federal laws against kickbacks.

"We have heard startling allegations of scandal and conflicts of interest that have infected" these [hospital group purchasing organizations] groups..."These practices are appalling and cannot be tolerated."

In an apparent drive to reap profits for themselves, buying groups, he said, have strayed from their basic reason for being — obtaining the best products at low prices for hospitals. "I am concerned about the extensive range of businesses and programs run by these groups."

"I am concerned about recent press reports that senior executives have received or obtained stock or stock options from product suppliers, creating serious conflicts of interest."

Hospitals, not suppliers, should pay for buying groups. he said. "The hospitals are going to be even more attentive to how they're performing… because, after all, they're paying for it."

​"The GPOs I dealt with provided no knowledge or service while pushing out the vendors that did...I could have gone out to Costco for supplies at better prices."

"The drug shortages have not been exacerbated by the 340B program. The drug shortages are an issue of supply and demand. Why not interview hospital pharmacy managers involved in the Group Purchasing process if you really want to know what is going on! The 340B program has not driven generic prices to the current levels. It is the overall Group Purchasing Process in the United States." [The federal 340B drug pricing program effectively requires drug manufacturers to supply discounted drugs to qualified outpatient facilities that serve disadvantaged patients]

Exclusive contracts between GPOs and drugmakers that often are part and parcel of private-label arrangements raise problems from a clinical perspective, Freeman told Modern Healthcare.

“There's an ethical problem if I have an agreement with a manufacturer that they're only going to supply me,” he said. “They may be the only manufacturer of a particular product. There are other people that need that drug.”

​"...some GPO contracting practices continue to contribute to the overall drug shortage problem....an argument can be made that increase dual-source and multi-source awards vs. sole-source award over the last few years have become problematic."

"As a member-driven enterprise, it is common knowledge that Premier and other GPOs “share back” with their members and owners. In fact, many hospital executives who are part of the Premier alliance have learned to rely on that share back as an integral part of their annual compensation."

He said his hospitals do their own buying, and save money. "There are no administrative fees in the contract," he said. And that means cheaper prices, he added. "We just gave our nurses some significant increases in salaries…We're expanding our emergency rooms. We're improving our operating rooms."

"By the early 2000s, many hospitals had hired yet another new type of middleman, called a group purchasing organization (GPO), to bargain with drugmakers on their behalf. Since GPO fees are based on a percentage of fees, they have little incentive to promote the use of the cheaper drugs because that decreases their revenues."

"It's a gravy train… Why should they get off it? We can't even begin to talk seriously about GPO reform until we realign the financial incentives so that hospitals, not vendors, are their main clients."

"Most troubling is that some GPOs are funded by suppliers rather than solely by hospitals. The fees that suppliers pay, which would normally be considered illegal kickbacks, are allowed by the 1986 amendment to the Social Security Act. Thus, buying groups may serve the interests of the suppliers that provide their funding, not providers, thereby undermining value-based competition. While the extent of this bias is contested, the potential for conflict of interest is indisputable."

"To enable value-based competition, every buying-group practice should be consistent with open and fair competition. There is no valid reason for buying groups to accept financing or any payments from suppliers: if a buying group adds value, the customers (hospitals) should voluntarily pay for it."

"The essential problem is that large incumbent medical device makers have entered or offered exclusionary agreements through GPOs that effectively foreclose member hospitals to rival device makers…this practice appears to be an instance of the general economic problem that powerful sellers and buyers often have incentives to collude to create monopoly power by raising their rivals costs and then splitting the monopoly profits they created."

And he added: "But by far the bigger cost of such exclusionary agreements is that they are likely to prevent all sorts of innovative products from ever being created. These costs are harder to see and estimate because the alternative products are not tangible. But they should be the greatest source of social concern."

"The Exclusion of Competition for Hospital Sales through Group Purchasing Organizations," June 25, 2002.

"GPOs are making it more difficult for small companies to get their products into the marketplace." Market concentration, she said, "is not good for the safety field."

"Sagent notes that pricing would improve if group purchasing organizations (GPOs) considered price and supply in their bids."

Hospira added that "GPOs, while formed to negotiate volume discounts on medications, may not know that some pharmaceuticals cost as much to produce as they do to buy. Firms must price their patented products accordingly to find the right balance."

American Pharmaceutical [co-founded by Premier Inc., the third largest GPO, as a captive generic drug supplier], was only a "toll taker." It was simply "selling access" to Premier hospitals. "That is what it was. It was access. You got a chance to get in the door."

"Without a GPO contract, it doesn't matter how good your product is. Even if I could wave this wand [another device he had developed] over your body and cure you from cancer, chances are I couldn't sell it to hospitals."

"We face markets as closed as a castle, with the GPOs as the most treacherous of the outer moats. We are on the other side of the moat…In markets unencumbered by GPOs, we have done extremely well…in the progressive European markets, where GPOs are not a factor, we have five times the market share in the trocar market as we do here."

"…Bracco's inability to compete equally in the marketplace may result in a disincentive for investment in future capacity and production that would otherwise be necessary. Most important, however, is the fact that certain patients that would benefited from Bracco products, and certain physicians who have been denied access to our products because of this GPO's contract restrictions and penalties."

The big buying groups "are like a form of government," he said. "They say who can play and what it costs to play."

"This is a medical supply cartel, a deadly one that is killing nurses, doctors, and other health care workers."

*Important Note: When Messrs. Stern, Borwegen and Rudikoff made these statements, the SEIU supported GPO reform. Unfortunately, in 2006, the union reversed itself as a result of a  deal with the Greater New York Hospital Association (GNYHA). Under this agreement, the GNYHA promised continued generous increases in compensation and benefits for members, and in return the SEIU promised to oppose GPO reform.