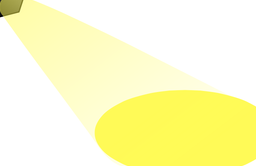 In their own words...

"Since coming to Novation in September of 1999, [Ross Day] has facilitated the expansion of the successful NOVAPLUS pharmaceutical portfolio from sales of around $280 million per year to annual sales that have exceeded $1 billion for each of the last three years....In Mr. Day's current role in the pharmacy department, he provides first line management oversight to a group of Portfolio Executives managing Novation's generic injectable supplier contracts. Those contracts provide over $1.3 billion in contract sales and $95 million in revenue to Novation annually."

No American industry is more shrouded in secrecy than hospital group purchasing organizations.  Despite the fact that that hospital group purchasing organizations (GPOs) control the purchasing for upward of $300 billion of hospital supplies annually, nearly half of which is paid by Medicare and Medicaid, there is virtually no required disclosure, regulation, or government oversight of the industry.  In a statement to the Senate Antitrust Subcommittee hearing on GPO anticompetitive practices of March 15, 2006, former Connecticut Attorney General Richard Blumenthal (now  U. S. senator from Connecticut) described GPOs as "an insidious, incestuous, insider system." The Healthcare Supply Chain Association, the industry's trade group, employs highly-paid lobbyists to keep it that way. GPOs are a major reason why American healthcare is the world's most expensive, while patient outcomes rank among the lowest of developed countries.

Even though the Office of Inspector General of the Department of Health and Human Services is empowered to request data from GPOs on "administrative fees" (a.k.a kickbacks) paid by suppliers in excess of the 3% limit, it has failed to do so, according to a 2012 report by the Government Accountability Office.  Further, hospitals and suppliers that sign contracts with GPOs are sworn to secrecy.  So the documentation that has become available has been obtained mostly through Senate hearings,  lawsuits, the media, former employees of GPOs, suppliers, and hospitals, and other sources.

These documents, some of which appear on this page, show that group purchasing organizations exert a stranglehold over the entire U. S. supply chain, including manufacturers, distributors, and providers.  Under the safe harbor business model, GPOs no longer seek to save money for hospitals. Instead, they sell market share and exclusivity to suppliers in return for kickbacks that have sometimes exceeded 50% of the total annual revenue for a given product.  [See Novation Excess Fee Reports, below]. While these documents, which were obtained through discovery in a federal whistleblower case against Novation, are dated, the 2012 biographical sketch of Novation executive Ross Day, confirms that Novation's mission is to increase supplier kickbacks, not to save money for member hospitals.

Since fees are based on a percentage of contract revenue, the higher the price of an item---be it garbage bags, cotton balls, needles, or saline solution----the more money the GPOs make.  In his bio sketch, Mr. Day revealed, perhaps inadvertently, that  average vendor fees on one of his drug portfolios amounted to 7.3% of total contractual volume, more than twice the 3% statutory limit. The percentage for his NOVAPLUS portfolio cannot be determined with the information provided, but it is likely to be significantly higher than 7.3%

Hospital group purchasing organizations are nothing more than a computer and a cash register. They don't manufacture, maintain inventory, or distribute goods. They do not conduct research and development. All they do is skim billions in fees from suppliers in return for exclusive contracts, while adding no value whatsoever to our healthcare system. Maintaining this system depends on the compliance of member hospitals to contracts that typically call for them to buy 95% or more of a given product, device, or drug (or bundle of products) from a GPO-approved supplier.  Even though many hospital executives know that this perverse arrangement increases supply costs, they oppose reform because they receive patronage fees or other compensation as a bonus for ensuring compliance.  [See Novation patronage agreement, below]. And they figure that Medicare/Medicaid and health insurance plans will reimburse them for the higher charges anyway.

In the late 1990s, entrepreneurial medical device makers became the first to complain publicly about the anticompetitive practices of the kickback-based GPO system. Even if they developed better, cheaper, safer devices than the dominant manufacturers, they found they couldn't even get in the door of GPO-member hospitals to show their products to purchasing agents and clinicians. That led to government and media investigations and Senate hearings. The end result: nothing changed because of intense lobbying (READ: campaign contributions) by the GPO cabal. "They just kicked the can down the road," as one observer put it.

Fast forward. Emboldened by their success in blocking repeal of the safe harbor, the GPOs, by the mid-2000s, started gaining a stranglehold on the generic injectable drug industry. Inevitably, the same anticompetitive contracting practices, self-dealing and conflicts of interest----with a few twists---created a national shortage of hundreds of vital generics, many of which had been mainstays for decades.  By 2011, drug shortages had started to make headlines, and the GPOs knew they had to get ahead of the story.

They proved to be spinmeisters without peer. In 2011, Premier Inc., the third largest, led the way with two self-serving "studies" on the causes of drug shortages. [See below]. They attributed the shortages to every conceivable cause---everything except themselves, of course--- pinning much of the blame on so-called "gray market" distributors whom, they said, engaged in hoarding and price-gouging. In fact, most of these distributors are mom and pop operations that had been in business for decades. They serve an essential market function, often supplying physicians and hospitals with small quantities of drugs on an emergency basis.

But virtually everyone drank the GPO/Premier Kool-Aid: eminent physicians writing peer-reviewed articles for august medical journals and op-eds for leading newspapers; the White House, Congress, the Department of Health and Human Services, the FDA, the Justice Department and the Federal Trade Commission; professional societies and patient advocacy groups. Many of these "experts" and policymakers, it turned out, had never even heard of GPOs, and the others didn't have a clue how they really operated.  The GPOs convinced everyone that the causes were "complex and multifactorial." In other words, drug shortages were one of the great unsolved mysteries of the universe. Trouble is, that simply isn't true.

Letter from Curtis Rooney, president of the Healthcare Supply Chain Association (HSCA), to Rep. Ed Markey et al, (concerning their Nov. 15, 2012 request for a GAO investigation on the role of GPOs in causing generic drug shortages)